skip to main | skip to sidebar

I’m not going to lie… I am EX.HUAS.TED as I type this.

The last few days have been so busy, but so much fun.  Friday night, I went to a nail-biter of a football game.  A family from church has two boys that played for one of the local teams (one a freshman, the other a senior).  As such, I’ve become an honorary member of the family attending most of the games this season. We were the visiting team (they played another local rival), and coupled with the drop in temperatures that our area has seen lately, we were all chilly and anxious.  The team played a less than steller first half, but came out of the locker room with a vengeance an in the last minute of the game, they took the lead.  Sadly, the defense couldn’t hold off the other team, and we lost in the last five seconds of the game.

(The upside and probably completely unimportant detail to note is that because of the wins/losses of locals teams, three teams  -- including the two from Friday night – were forced to play this weird little Monday play-off game.  Our team came out the winner and now advance to region playoff.) It is important to note that this is the first time in 28 YEARS that this team has been more than 5-X in wins and regional playoff berth.  So exciting!

Saturday was my college homecoming and sorority’s 50th Celebration weekend. The older I get, I have anxiety about these kinds of events. I am generally excited until the day of then I’m covered in dread worrying about pettiness between old college acquaintances.  Sometimes my 35-year old anxiety resembles my 21-year old anxiety; it’s so attractive.  Sweetly enough, I had a good time.  My little group of girls had good seats and we managed to get tickled even during the most important parts of the dinner.  Thank you Lord for laughter!  Plus, it was really good to see some people, including a tap sister that I haven’t seen in nine years.

Sunday, I headed back up to Cleveland for a reunion breakfast with friends.  This was the event I was most looking forward too.  We had a blast at breakfast for nearly two hours.  Good food and sweet friends are the perfect combination.

Monday was work and while it wasn’t boring, it was work.  Last night after work, I picked up the girls to take them home.  Turns out they had a school event at one of the local McDonald’s.  They called it McTeacher’s night.  I will heretofore refer to it as: McWasteofMyTime.   There was a little Dia de Los Muertos face painting, balloon animals, and sundaes. Basically I saw a bunch of short people painted as skeletons carrying drippy ice cream sundaes holding balloon swords. BLESS.

The girls and I went home, ate dinner, and then made some paper turkeys.  I asked the girls what they were thankful for and Lyric gave me 47 things.  I’m not sure Lanaya even answered the question, but based on the colorful turkey feathers, I think she was thankful mostly for markers.  (Good choice!)

After bath time, I was picking out the girls hair.  Lyric has this MASSIVE fro for a six-year old, but it’s beautiful.  Sadly, her family doesn’t think so and they tell her often.  I told her that God gave her special hair, just for her, and that it was beautiful.

I am just as guilty as anyone for letting the negativity around me skew the image I see in the mirror – to drive me to believe that I’m not enough in different areas of my life. Seeing her have this insecurity as six hurts my heart.  Jesus be.
xoxo,
Jenn
0 Comments

Truth: I have totally sucked at blogging this year.

Thankfully, no one is really left to have expectations for me to exceed or miss.  And for that, I am thankful.

This has been the craziest last few weeks.  My step-brother was arrested and hospitalized in Savannah back in September.  For reasons that don't matter here, my family was on death watch up until last Sunday.  Billy died peacefully, with dignity. Dignity was something he never really cared for, or at least his actions never showed it.  I'm thankful that in his final days he had it.  Serenity. Calm.  The knowledge of knowing that he was loved and that his life was not in vain.  Rest in peace.

On top of that, the situation with the kiddos has escalated and DFCS is involved.  They will most likely be moved to a foster home within the next 30 days.  I am sad, but I have peace about it.  I have invested so much in those kids.  I cannot understand why their mother won't do the basic things she needs to do, but it's not in my control, so I have to go with the flow.

Several weeks back, I stopped working with the students at church.  I had prayed about the situation for MONTHS and very sweetly one Thursday, felt the Holy Spirit tell me that it was time and give me peace about the situation.  I miss those kids, but I know that I could not have endured the last several weeks with that on my plate.  Just another one of those moments where I am thankful for God's timing.

Then there's having to defend one of my chromosomes.  Another story for another day.

These little boogers have been in my life for about three and a half years. We have had a LOT of funny experiences. Lots of laughs, silly giggles, sweet hugs, and bunches of I love you's.
But with each passing month, something new happens that makes me question why I didn't call DFCS three years ago.
I am constantly torn between completely turning over their lives or just walking away. Both make me terribly sad.
I wish that I knew what to do... 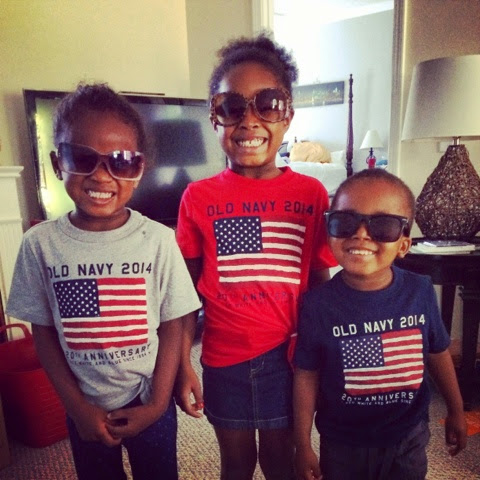 Today, I'm choosing to be better than yesterday. To learn from my mistakes. Acknowledge where I fall short and make better choices.
Breathe. Stretch. Shake.
It's a new day.
xoxo,
Jenn
0 Comments

Somehow, I've let seven months slip by. So, there's that.
It occurred to me a few weeks back that I've been blogging since 2005. Nine years. I should probably deduct 2013, but I shan't.
So much has happened this year.
I BOUGHT A HOUSE!
It's crazy and lovely and I get to call it my own. I am so thankful. God is SO good and my family was amazing.  My brother flew down, and in what I can think of as a genuine labor of love, helped me paint the blue mayhem into cozy and serene.
Even with all the goodness, this year has been difficult.
I also find myself overwhelmed emotionally, more so than in the past. My fuse is shorter and more stern. The reclusive side that I've tried to hide is pushing to come out.
Growing pains.
This weekend, I get to recharge my soul with people I love dearly.
And so I continue to pray that this season, necessary as it may be, passes quickly.
xoxo,
Jenn
0 Comments

I didn’t mean for a year to go by.

I’m not sorry the time has passed, because the last twelve months have been oh-so-full of interesting and not-so-interesting things.  Life has been busy.

I’m another year older, and by my assessment, slightly wiser.  I’m still working on paying off debt, getting one day closer at a time.  I still see my little friend Nene (now daily), as I take her to preschool.  On our quick trip from her grandmother’s house to Pre-k, we recite the alphabet, and numbers, and directions, and the like. I’m in the early stages of buying a house.  Mostly saving that last little bit that I need to make all the regulatory requirements for a down payment.  I had to move this summer because the crazy landlady is, well crazy.  The little row where my condo is, is now full of new people who do not understand the concept of minimal, and marked parking.  There may have been a few incidents where I educated the neighbors. They may now think I’m the resident crazy lady.  Surprisingly, I’m less bothered by that than you would think.

2013 was hard.  I got more jaded than I already thought I was.  Hurt from places and people that I did not expect.  Friends and relationships changed. Ebb and flow.
Writing this is not as fluid as the constant internal dialogue would have led me to believe.  I am rusty writing down what I’ve been reciting in my head.  Hopefully this will get easier.

Insert adage about riding a bike.